In my last post i’ve pointed out a northern GOR- TP Sim for you. And i also explained that there is northern and southern Gor. Those types are really different in lifestyle and behaviour. You can compare the North to the Vikings on earth. Soif you can do so? What is the south compareable to? That is pretty easy. The ANTIQUE. Or better said, the sim i am pointing out today. I am talking about the

Ar is known as ne of the biggest if not the biggest City in the entire gorean world. *gasps* Glorious Ar is amazing and possibly the gorean equivalent to Rome or Athen 2000 Years ago. I allways imagine the life in this city like in the TV-Shows Rome and Spartacus.

Ar is also known for it’s many Arenas and the fights of the gorean Gladiators, theFighting Slaves. Enslaved men fighting eachother to survive in this rough and hard world. Ha. somehow really sexy, huh? Anyways. Also really known is AR for the STREET OF BRANDS. A street with unbelieveable many Slaver houses. It is said the most expenssive, most beautiful and desireable slaves would be coming from AR. The Slave auction in the auction houses in AR are a huge spectacle. Nothing can be compared with this decadence and beauty.

The reason why i picked AR as southern Sim is, that the builders did a drop-dead-gorgeous Job on the building. The entire sim is used for the city. The build itself has the low caste district ( i love that! ), the high caste district with the cylinder buildings for the high castes and also the street of brands. The Rp is good ( even if couldn’t find my way in so far. it is a bit tricky for me XD). Just yesterday was announced, that a new administrator was elected. Many plots are going on. All those cute little intrigues and fights are gorgeous. 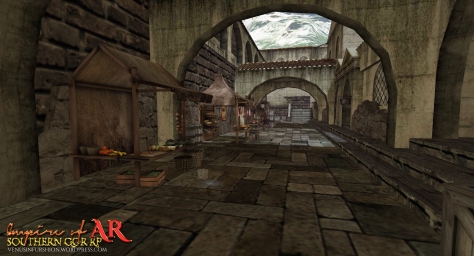 Since i am amazed by albinos ( and yepp i was albino before it was cool and hip back in 2008 ) i picked one of those living snow flakes.

The Eyes are made by myself ( couldnt find realistic ones anywhere T_T ) and are avaible on MP.

So what is Lamb wearing?

couldn’t decide. So pick yours 😀

WordPress.com is excited to announce our newest offering: a course just for beginning bloggers where you’ll learn everything you need to know about blogging from the most trusted experts in the industry. We have helped millions of blogs get up and running, we know what works, and we want you to to know everything we know. This course provides all the fundamental skills and inspiration you need to get your blog started, an interactive community forum, and content updated annually.

I’ve started to Roleplay again and like many people i just love the tiny universe of the Novels by John Norman. He wrote the Gor-Chronicles  which is super interesting. Unfortunately this man has one of the worst writing styles an author can have. So i imagine, that it is super duper annoying to read all of his erm around 30books.  For the people who does like to read more about it!

Here you can find all you need to know:

I like both Northern and Southern GOR and i have often the problem thati just can’t decide which of both i should pick. I am myself like BTB the best. BTB means by the books. It is Roleplay which is close to the books and uses many of the gorean laws and rules. Perfect to create interesting long-term storylines. But there is also another side of GOR. GE = Gor Envolved. This side is mostly getting busy with combat. So if you enjoy fighting without any big consequences? This would be your perfect pick.

Since i had to pick one first i picked NORTHERN GOR. Also known as Torvaldsland. It is cold, rough and remind much on the Viking-Lifestyle.

I heard lots of good stuff about

This is a BTB Sim and ONLY BTB , yo you have to know details about the gorean lifestyle in general. Anyways. This sim is picked because of it’s amazingly beautiful build. I love snow and love forests and Skolldir is the perfect mixture. 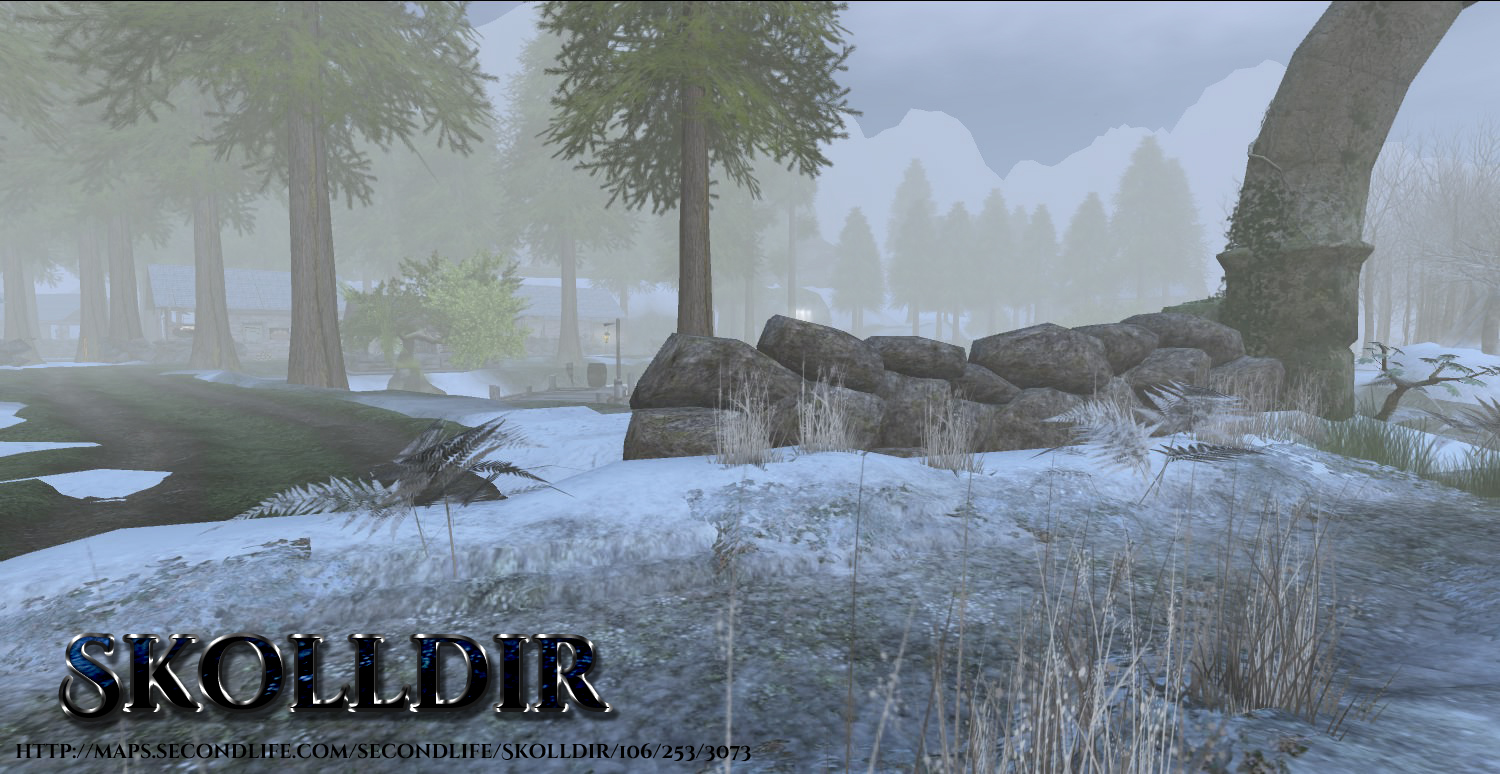 Sooo i finally made it to get my hands on one of the new releases by TheSkinnery. Yes i am talking about MARNI. She is the Gacha Item for TheArcade.  So go there and try your luck 😛 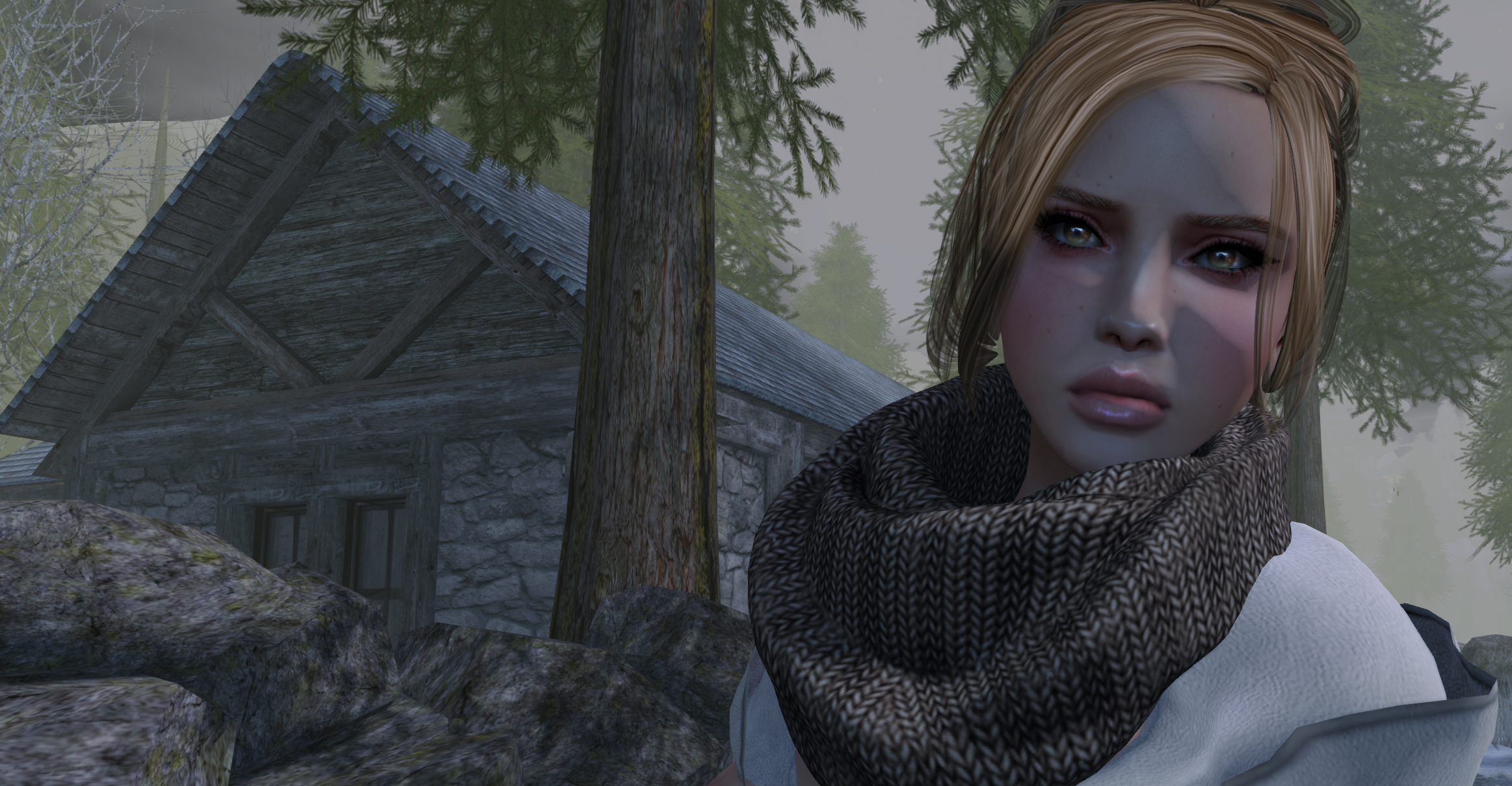 Lashs: NON – the skin has awesome painted on it :O

Sleeves+Belt+Gloves :  ED – Tracker – ( parts of the outfit ) by Bryce Randt 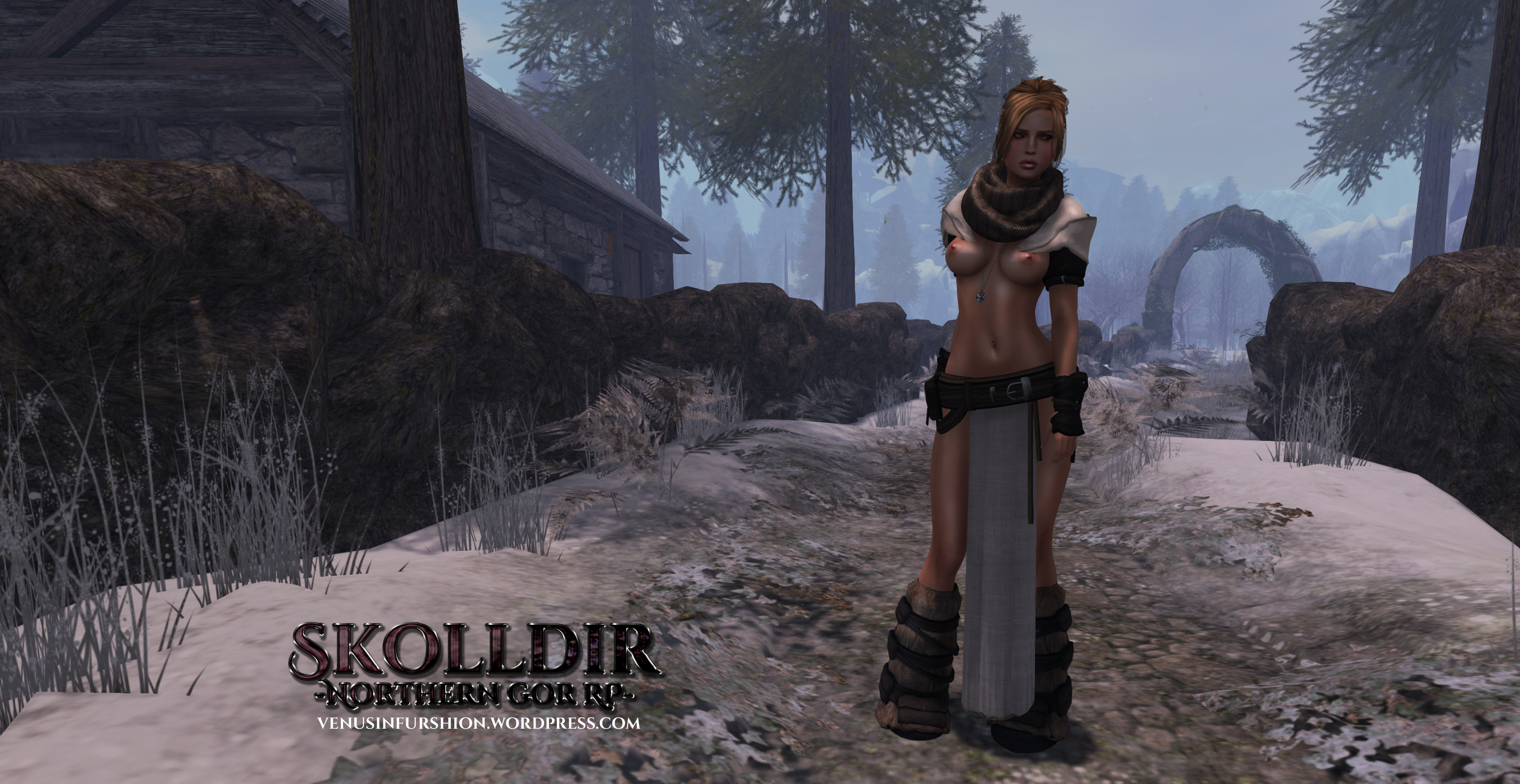 So what means avatar?

AVATAR – In Hinduism, an avatar /ˈævətɑr/ (Hindustani: [əʋˈt̪aːr], from Sanskrit अवतार avatāra “descent”) is a deliberate descent of a deity to Earth, or a descent of the Supreme Being (e.g., Vishnu for Vaishnavites), and is mostly translated into English as “incarnation“, but more accurately as “appearance” or “manifestation”. more infos 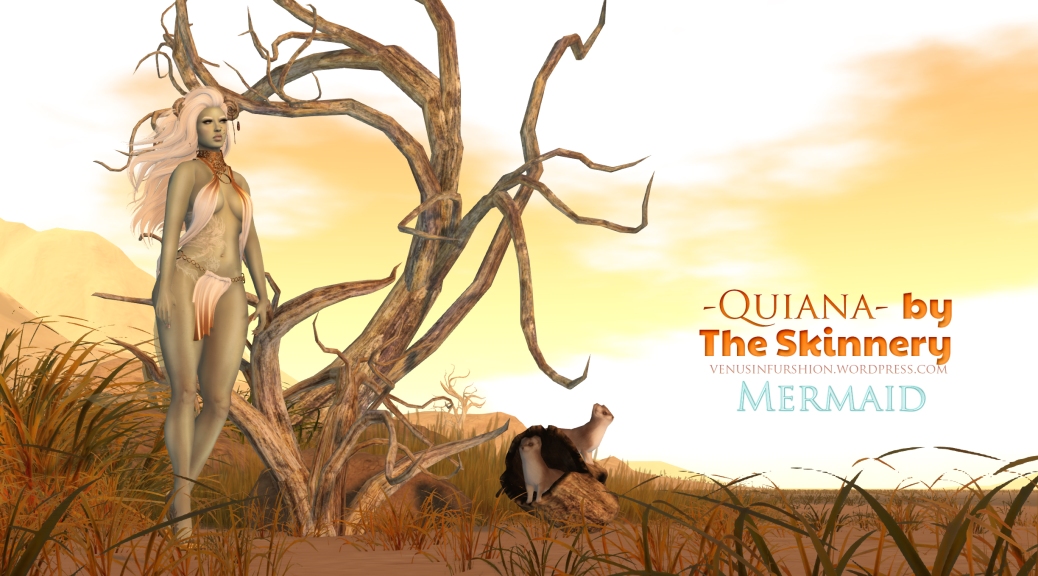 Welcome to the desert.

I love to roleplay and created this super adorable Djinn Girl. Well at least what i imagine as Djinn.

I wanted to bring a favourite store of mine to your attention.  “The Skinnery”.

Every girl who lovves unique faces and enjoys being pretty should stop by there :O

Hair: Exile::Blown Away – Naturals ( yeah i know. i posted them often X.x but i just love them :O )

I’ve released a special version of my Oona Dress for you @ the MAINSTORE location.

It is a special weekend price for only 50L. So hurry and grab your Oona in Gothic style. 😛

And i am proud to announce that another original Mesh by BubbleGoth allmost found its way to the store. Do you see those pretty kneehigh boots with peeptoe? MHM. You know it, dont you? *smirks*

Just a little information about our items.

The skin & dress are exclusive and not gacha items except for one. The dress comes in 8 colours to buy seperately, with one rare (white) being as a part of a rare white set in the gacha.

The Birdy skin only comes in the tone Pure for this event.

Let me introduce you to my new label 😛

I was working hard on the rebranding. Like some of you know, i love to develope constantly.

I noticed, that many store liked the idea of alternative and pvc styles and did it too so i let them be and rebranded to a new idea. The style is pretty cute AND cool at the same time.

PASTEL GOTH my friends. Cause pastel is the new black 😛

What am i wearing?

Collarbones Tattoo : MY OWN 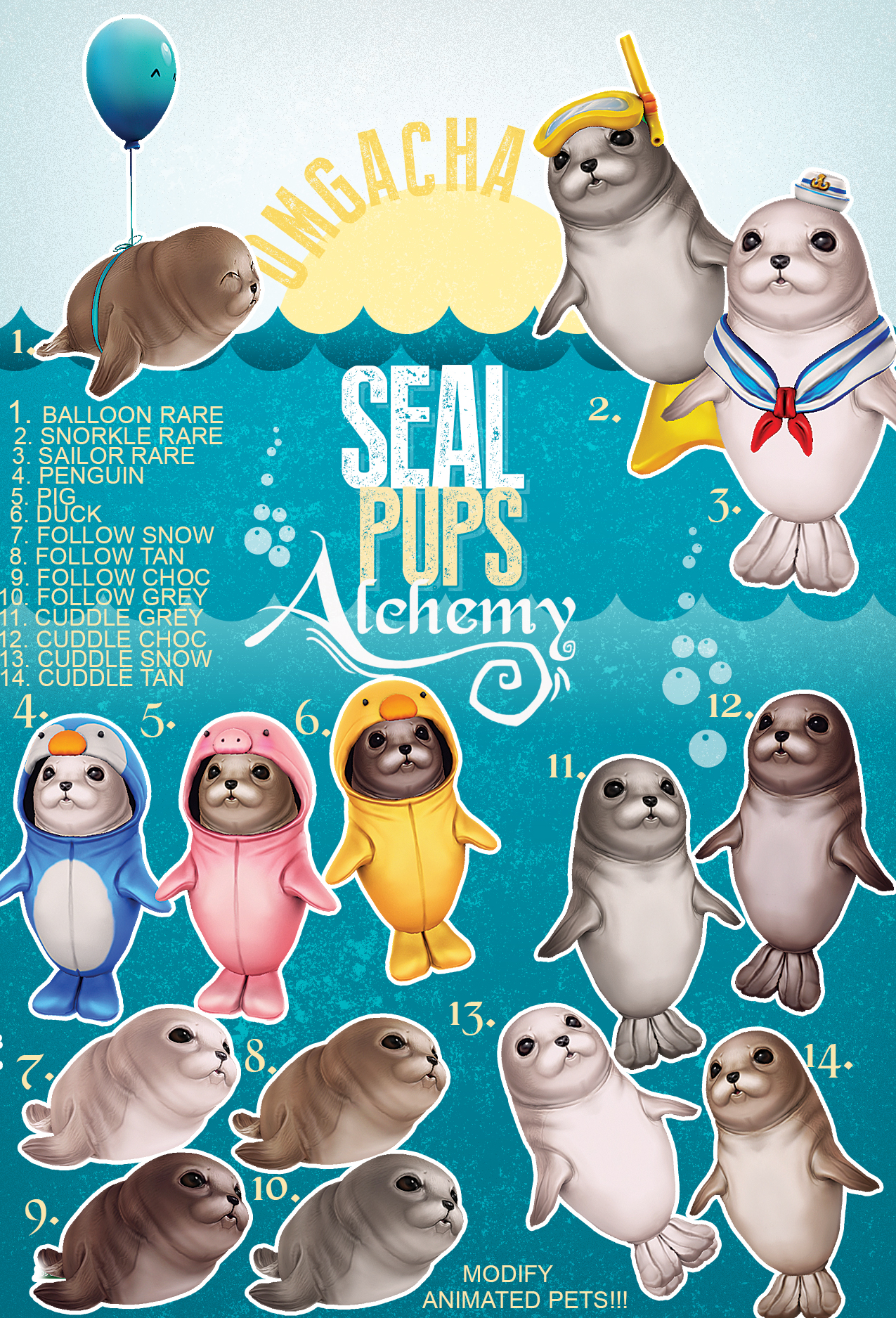 All are super cute ! 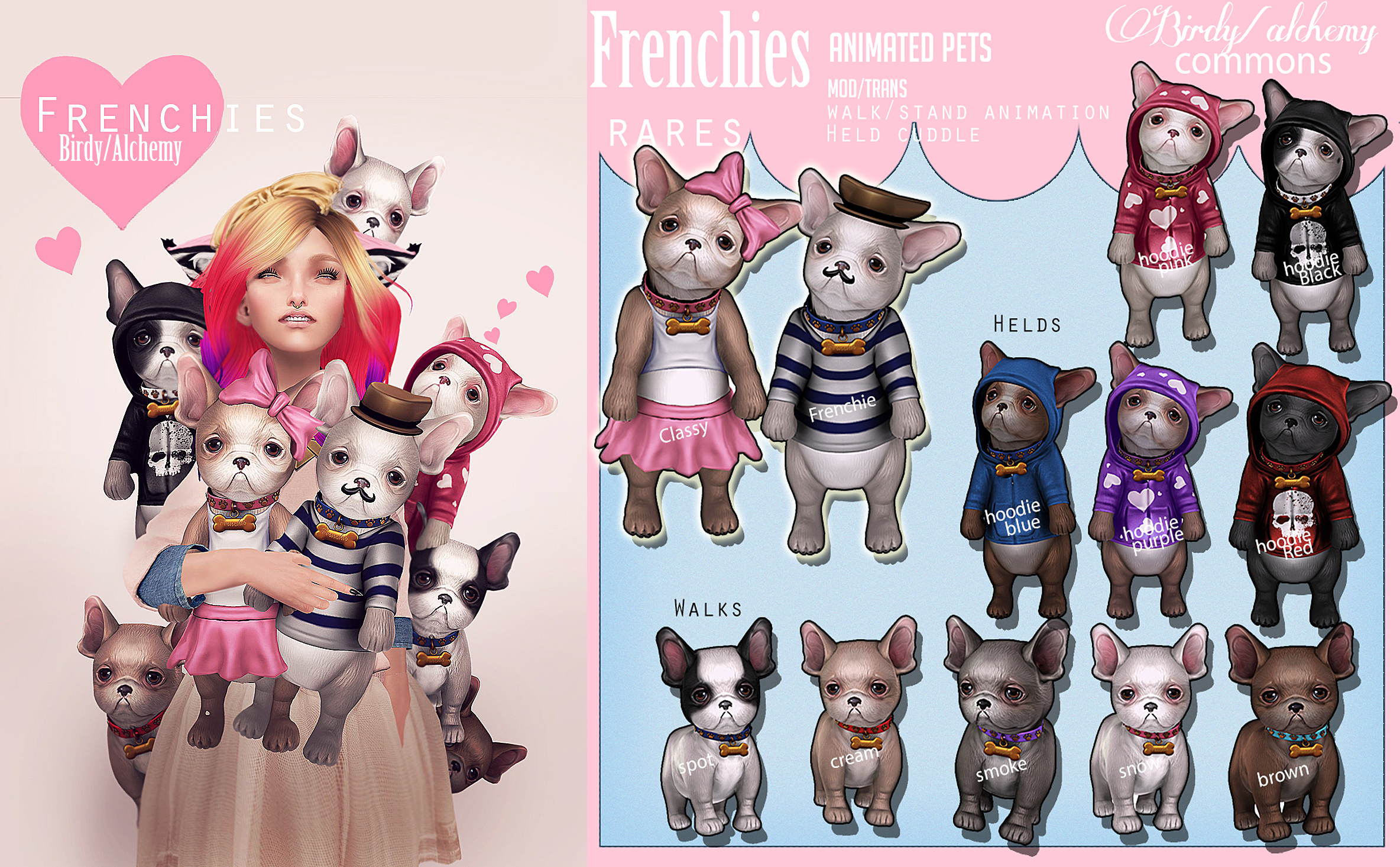 Glasses: Exile::L.A. Glasses ( somes with the hair from the gacha ) 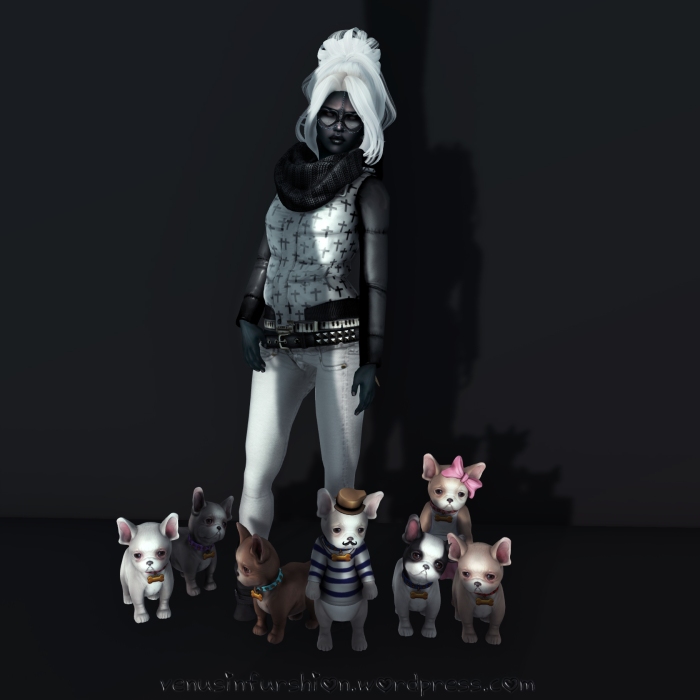 Because fashion is personality.

Venus in Fur
Create a free website or blog at WordPress.com.